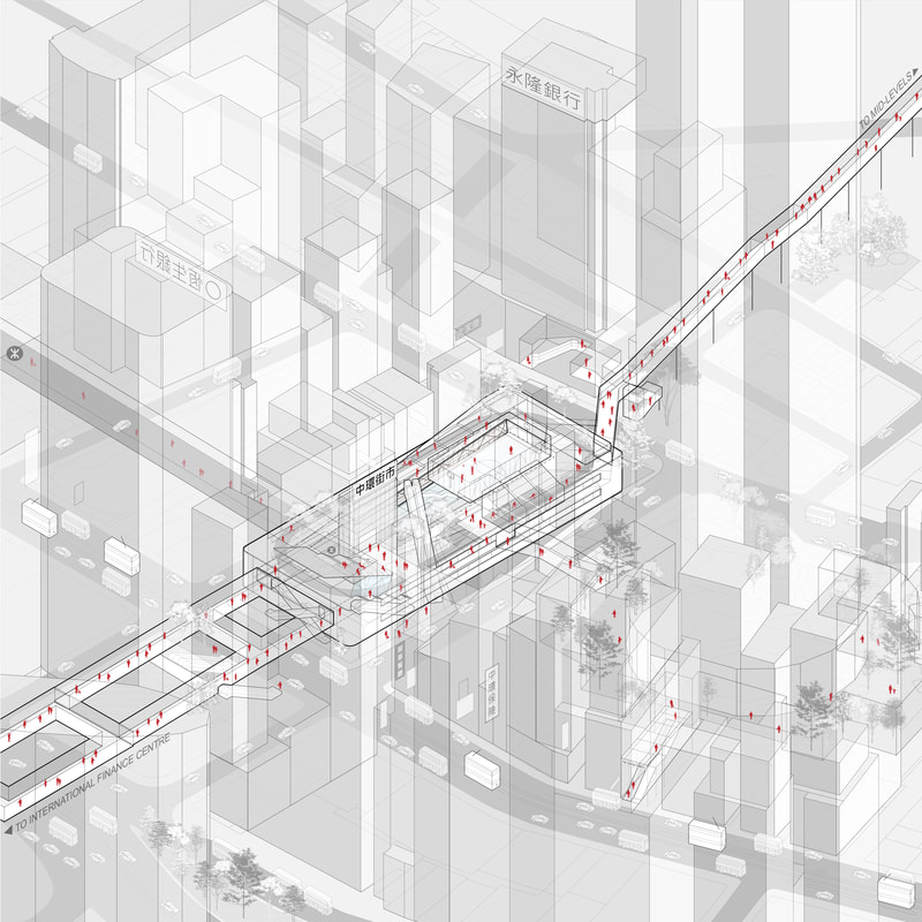 Hong Kong Central Market and Escalator​ | Spring 2016
Cornell University Undergraduate Thesis
Professor Val Warke and Tao Dufour
​The Mid-Level Escalator in Hong Kong is a function of the economic efficiency of the hyper-dense, hyper-capitalist city-state. This instrument of commute inadvertently becomes a public “third space” in the city, allowing residents to experience the city’s rhythms as they move between home and work. This thesis documents the spatial qualities of this cinematic passageway and amplifies/appropriates these conditions in the abandoned Central Market. The design reflects the urban dynamics of Hong Kong by materializing flows and territories of exchange.

Completed in 1994, the escalator is part of a labyrinth network of elevated walkways that connect the luxury residences of the Mid-Levels to the supertall offices of the Central harbourfront. At the foothills, the escalator system cuts through the former Central Market, once the center of wholesale commerce in the colonial era. The market is an odd relic in an ever-changing city - as the economy transitioned from wholesale to financial services, the building gradually lost relevance, living on as a utilitarian passageway along the escalator network.

The proposal updates the market into a contemporary community space, transforming the building into a network of “hyper” public circulation. Using the existing escalator system as an operative reference, the project aggregates the disparate conditions along the pedestrian way into new spatial juxtapositions. The new building, comprised of a series of connected program boxes and passageways, amplifies public space and provide leisure routes through the market building. Through this subversive intervention, pedestrians can take a respite from the commercial grind of Hong Kong and reestablish a sense of community. 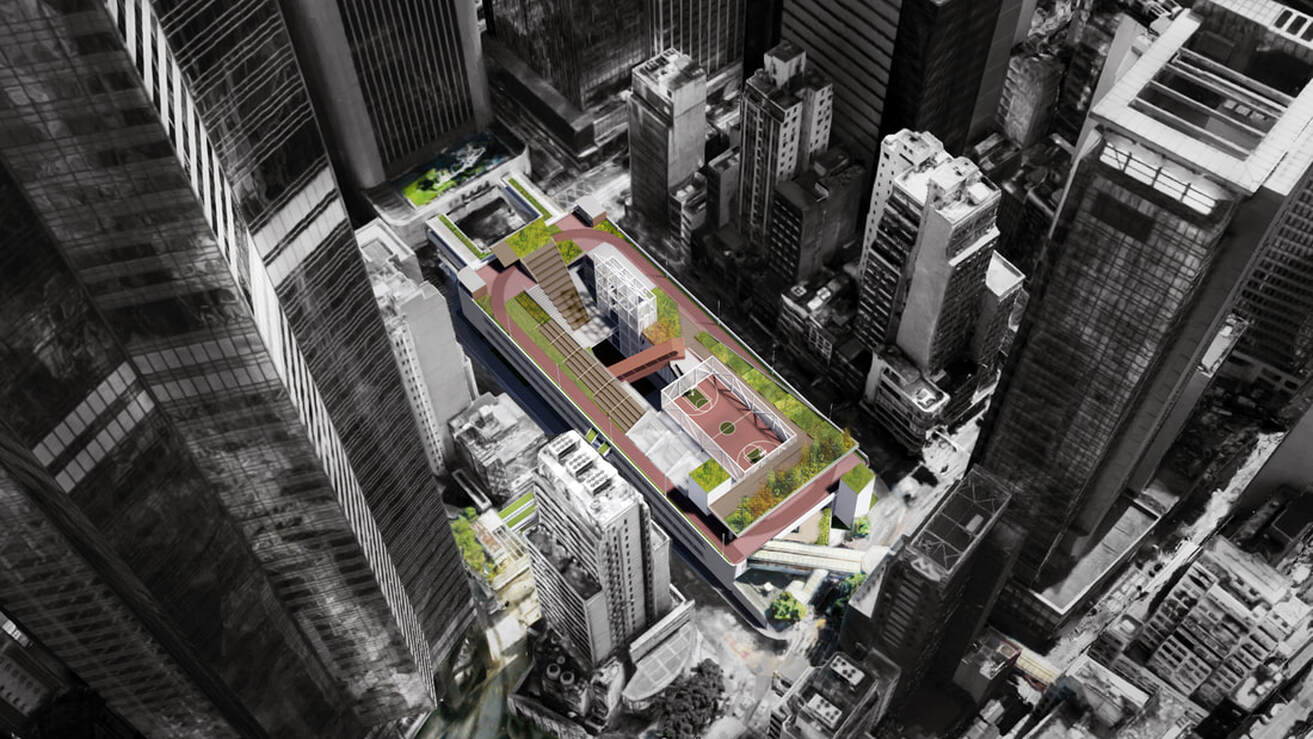 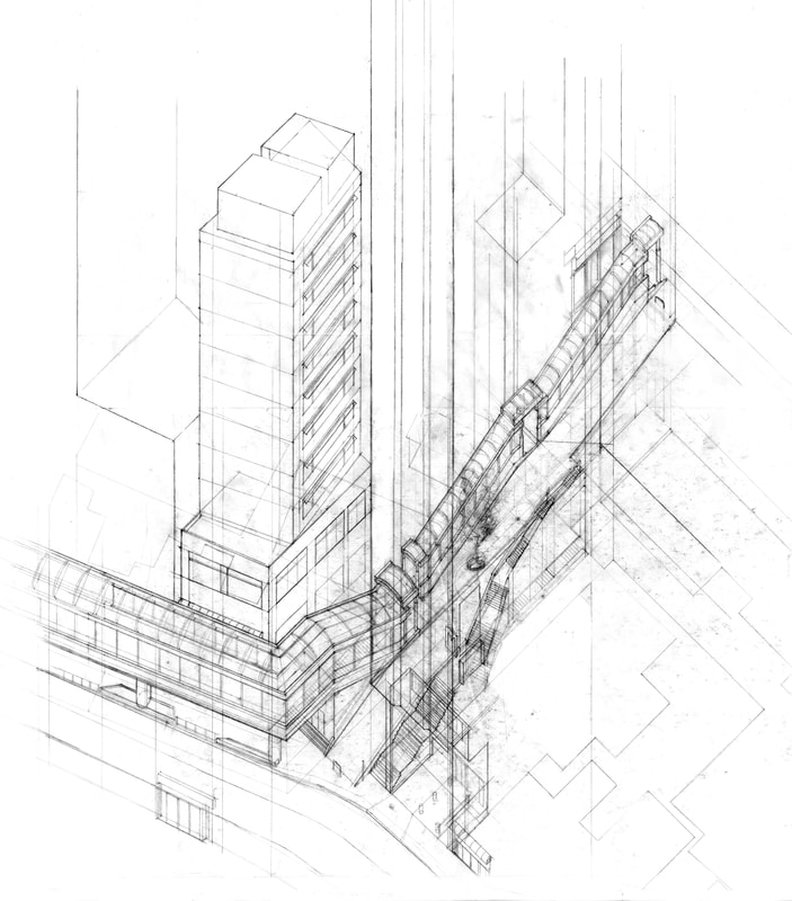 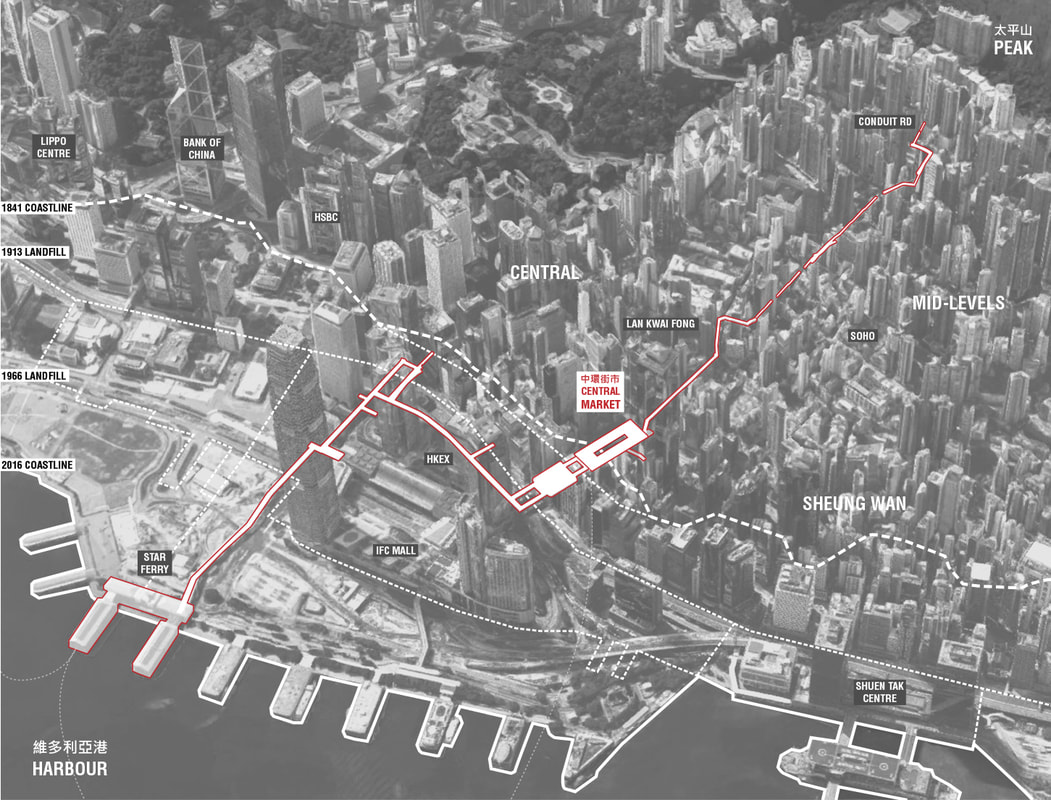 Google Maps: Charting the Larger Central Walkway Network - The Central Market as the Heart of the Network 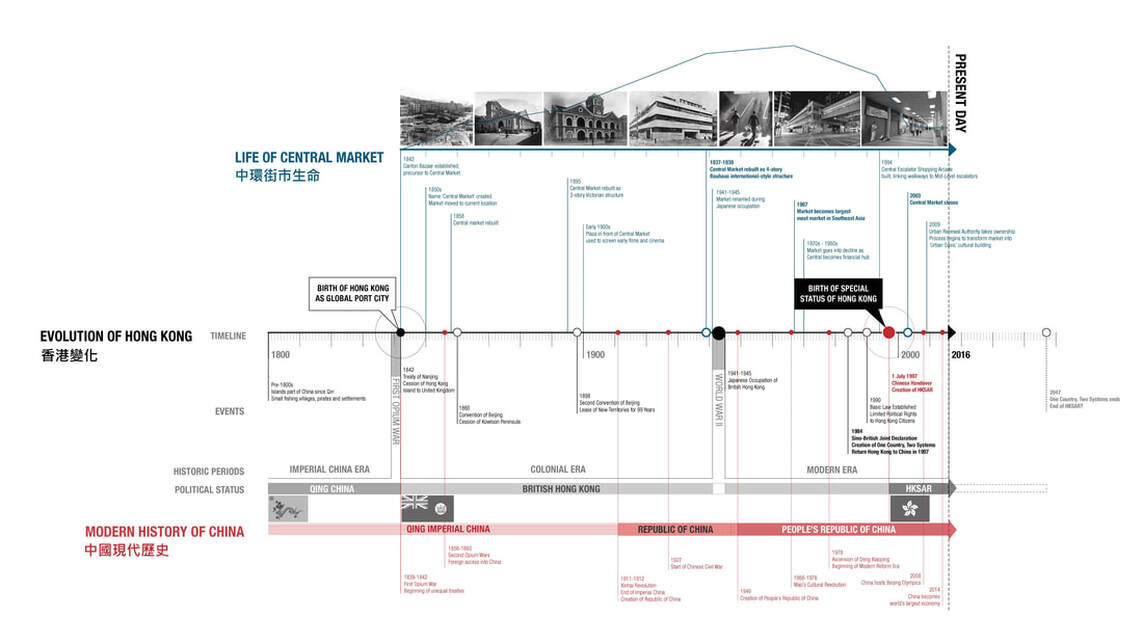 Timeline: Central Market versus the Evolution of Hong Kong (Tracing the Rise and Fall)

Model Iterations: From Volumes to Levels to Paths
Sectional Sketches: The Building as a Bridge 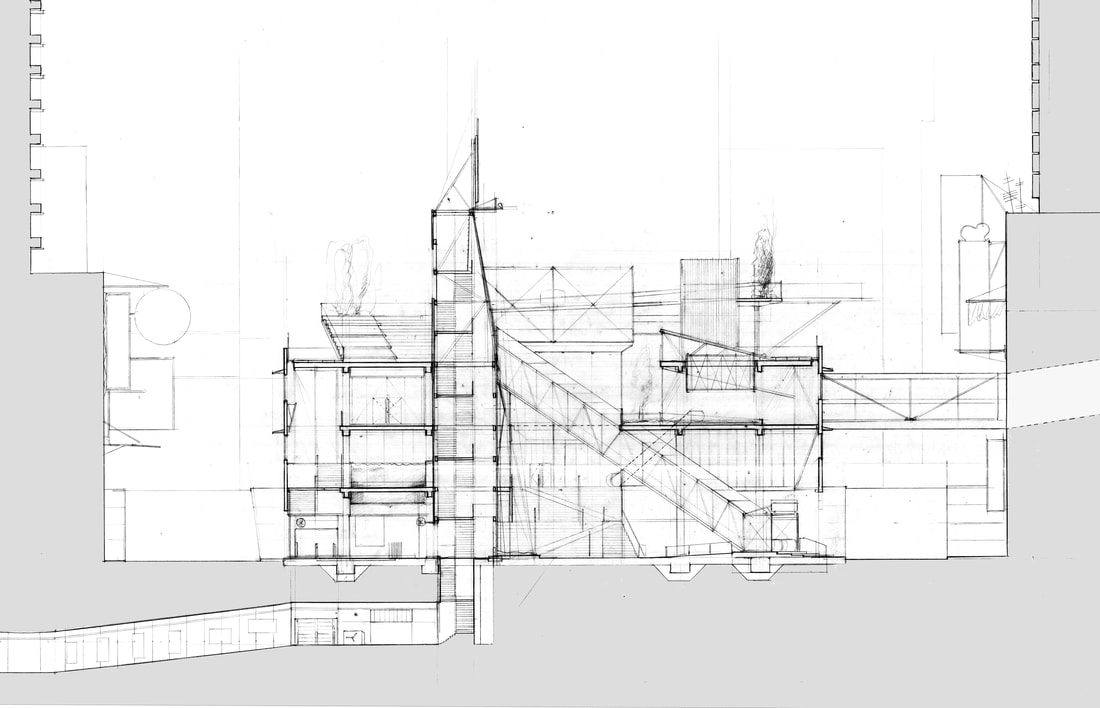 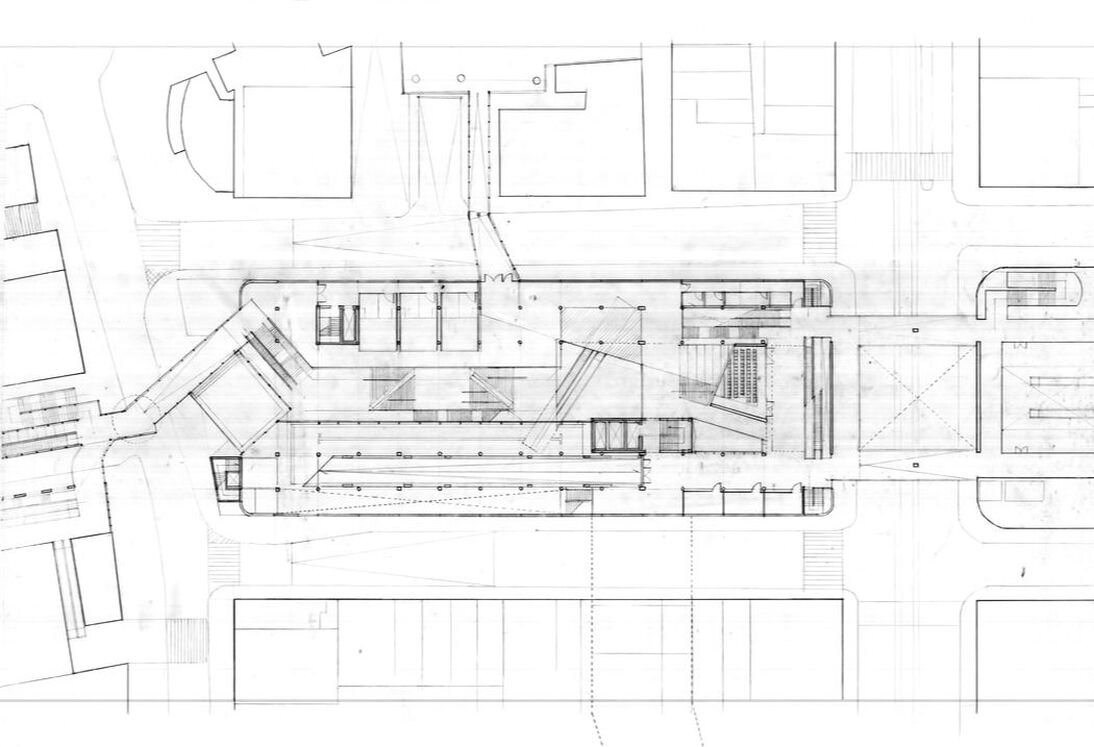 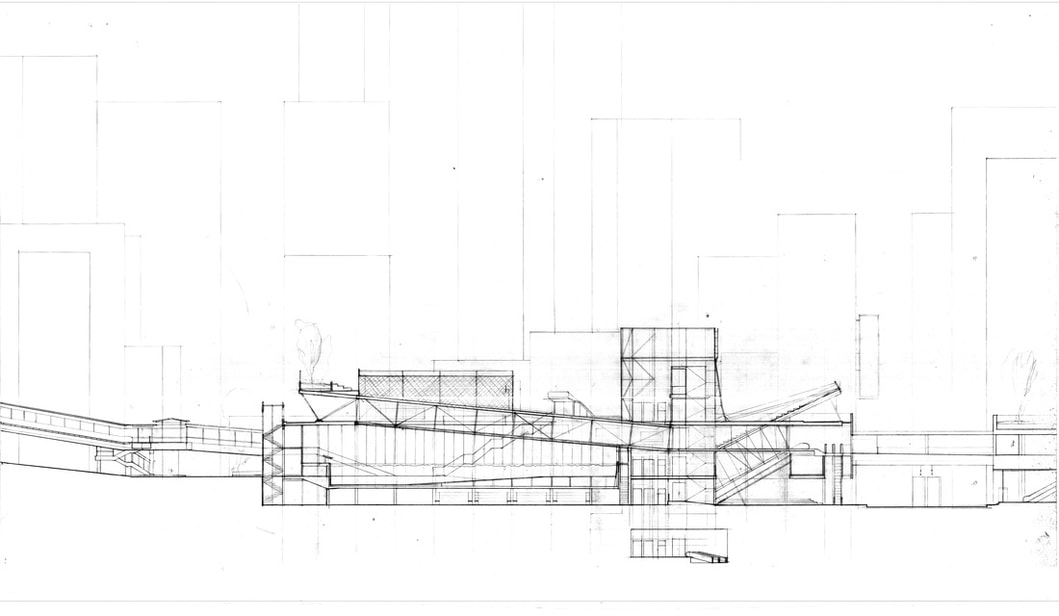 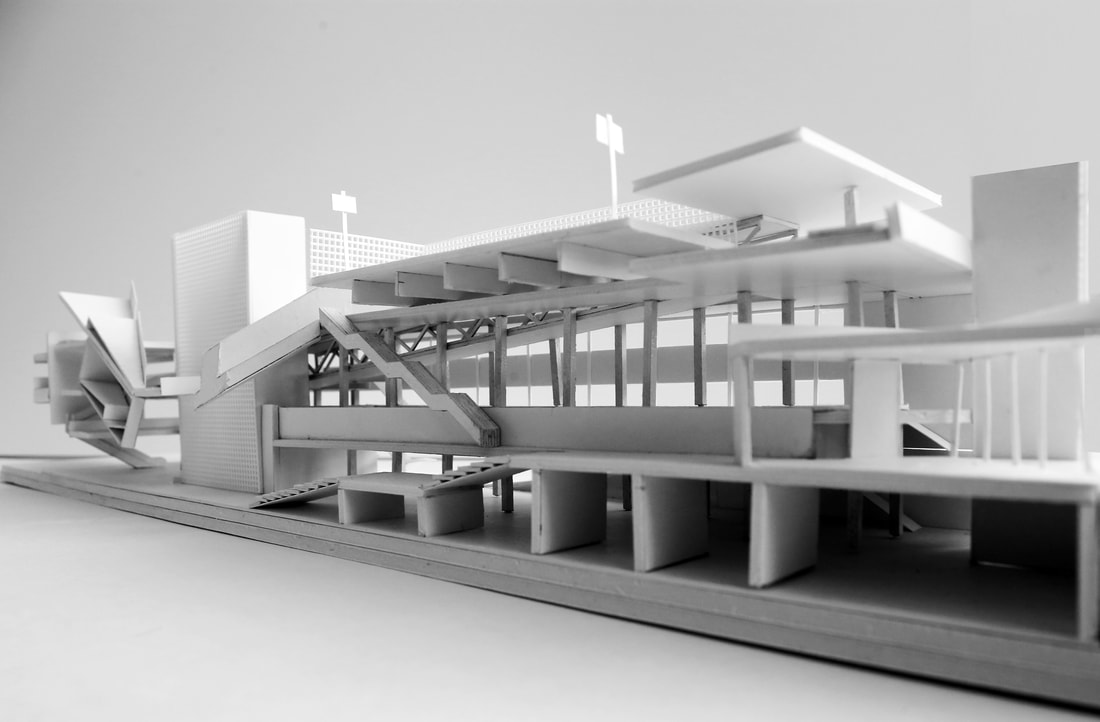 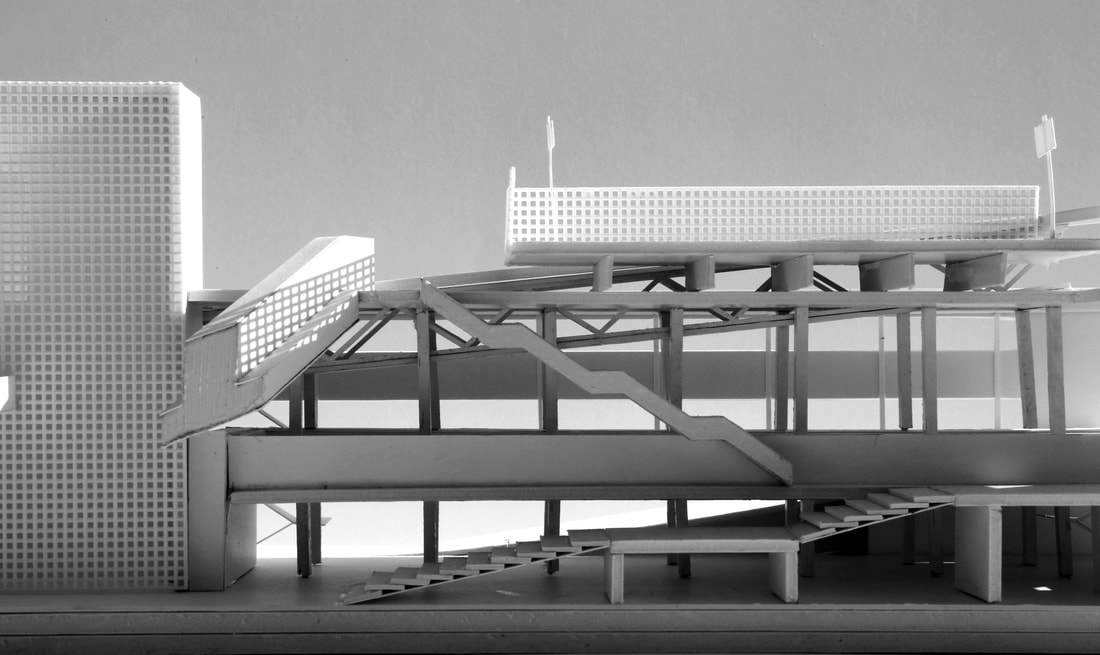 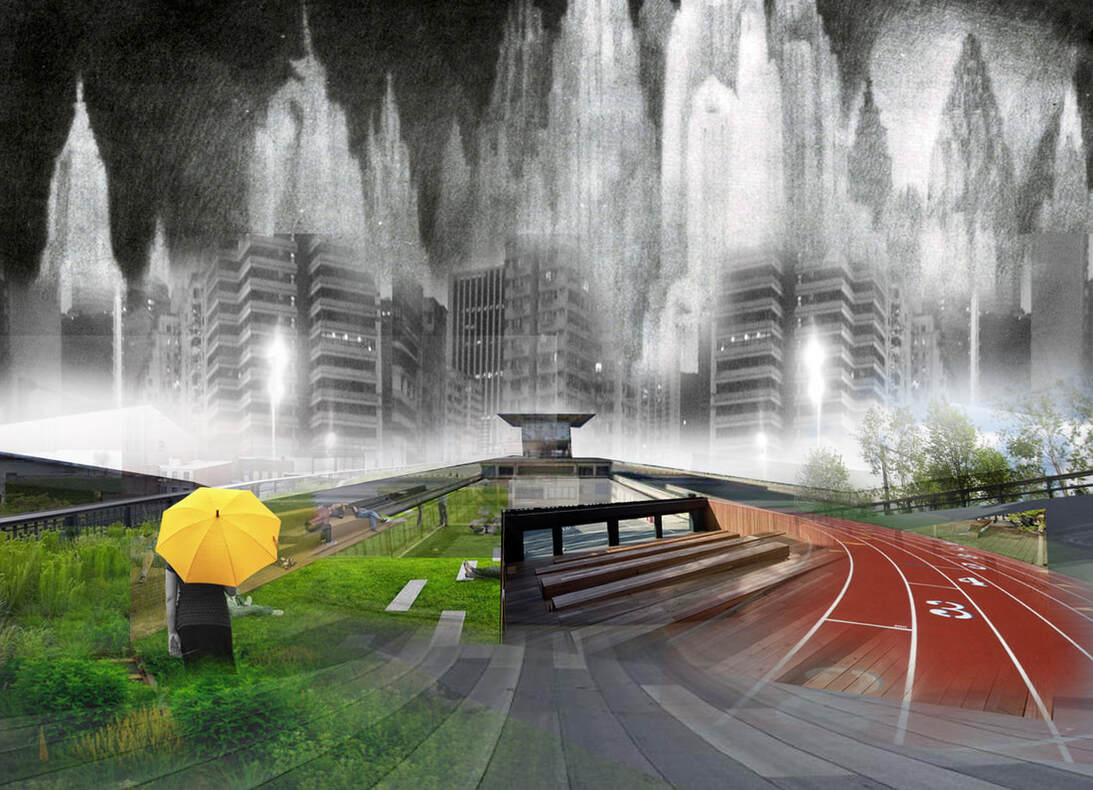 The Rooftop Park in the Ferrissian Void 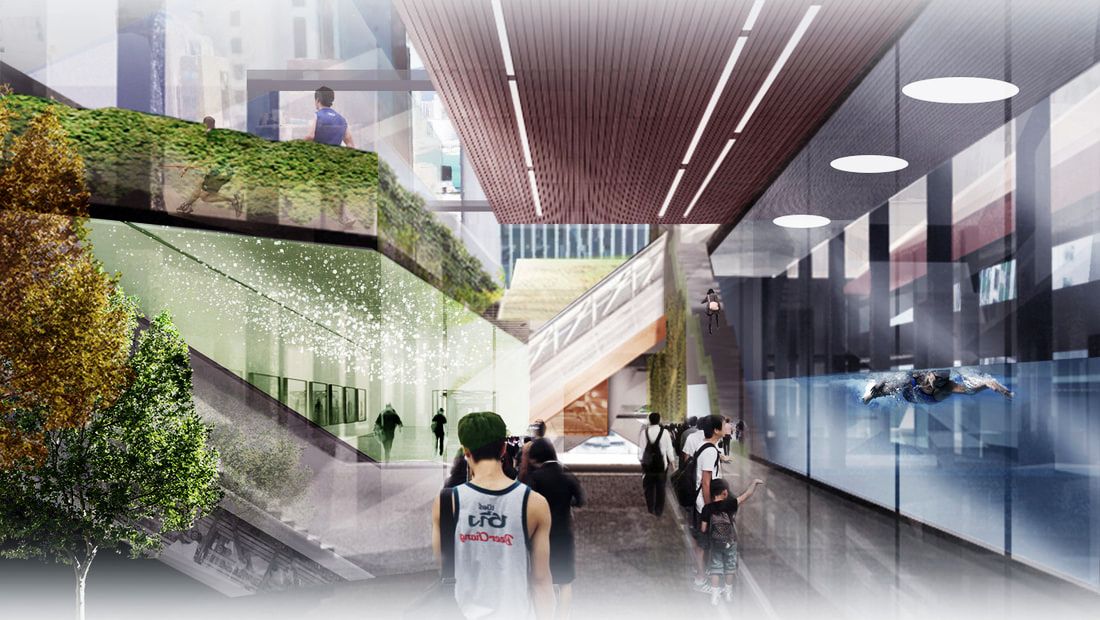