What if the three modern case studies houses became one villa? Analysing the common characteristics between the Johson, Mies and Eames houses, I discovered combinatory relationships that could allow the houses to be stacked and collaged together, without sacrificing the each of the three building’s parti. Here, the Glass House offers the dining and kitchen spaces; the Eames house becomes the second story guest bedroom and water closets; and the Farnsworth House, perched high above the hill, becomes the master bedroom, roof terrace, and study area. The Stacked Modern appropriation the Villa de Bourdeaux into a triple parti, a scaffolding for the recombination of the three iconic modern homes. Themese of Le Corbusier’s five points can be seen in this final appropriation, a twist on all the houses provided. 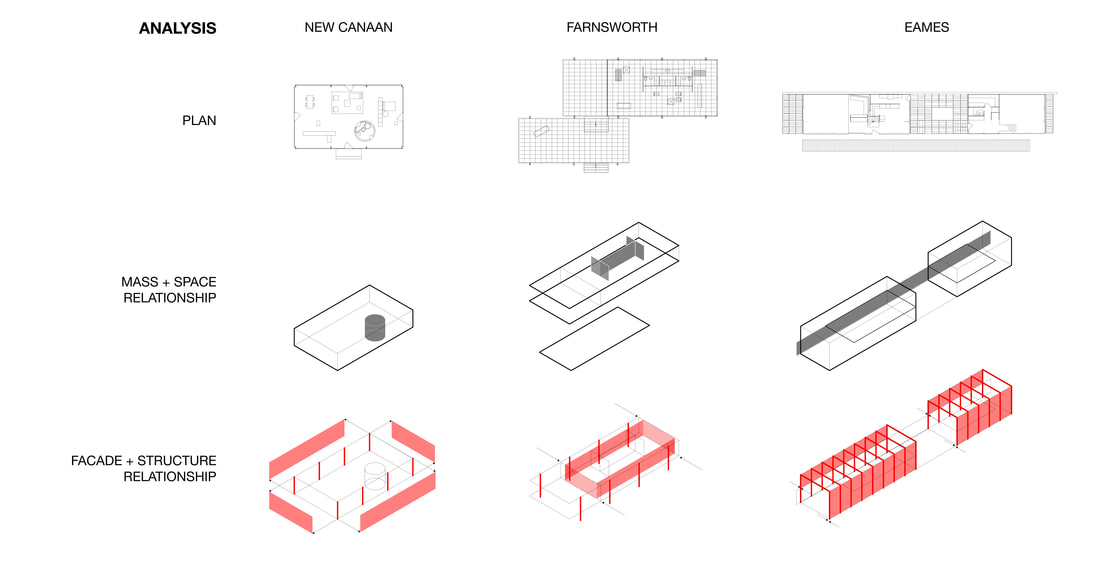 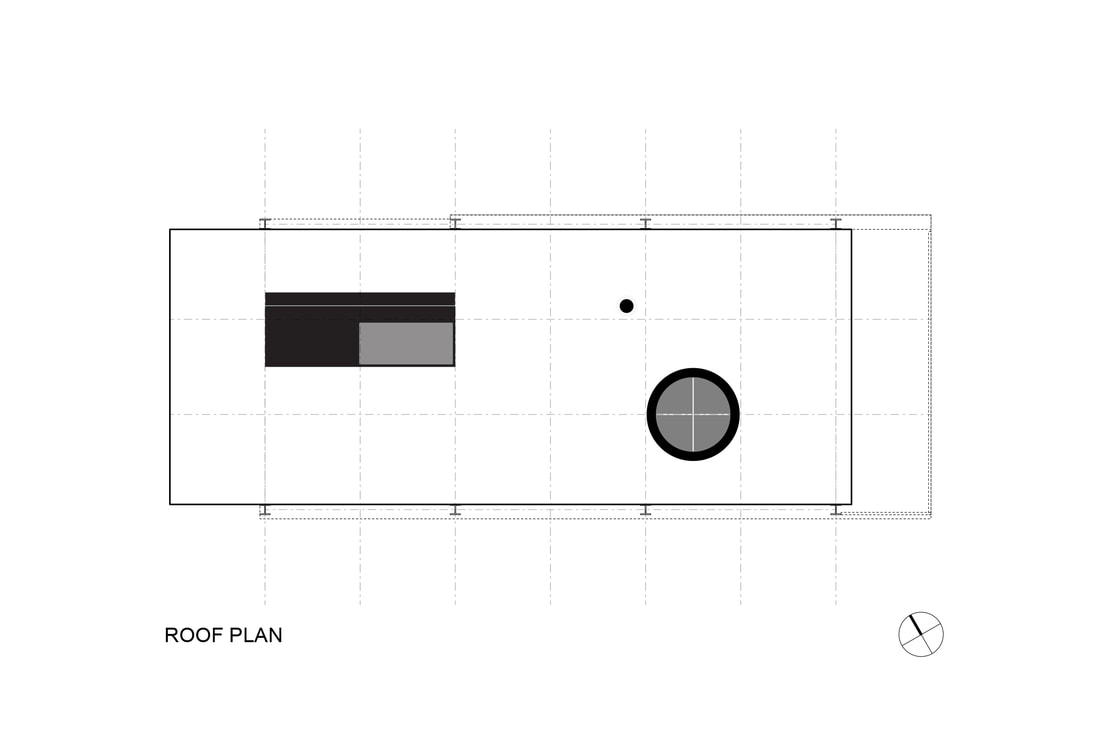 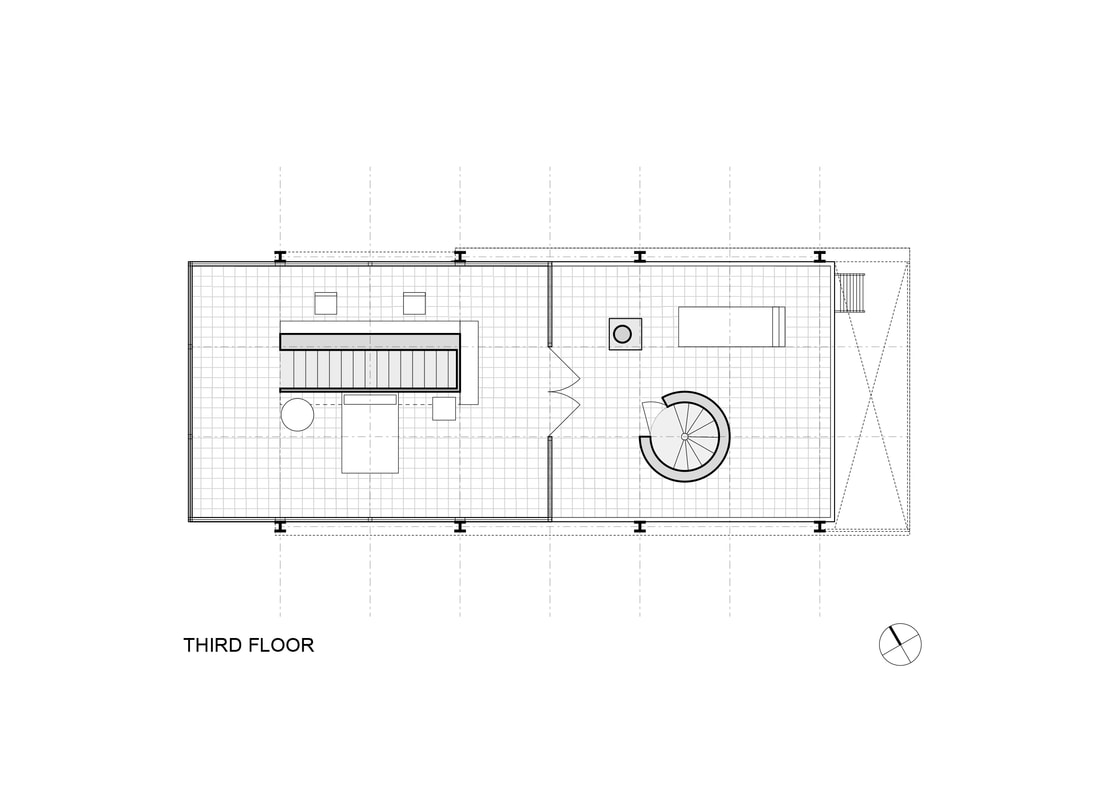 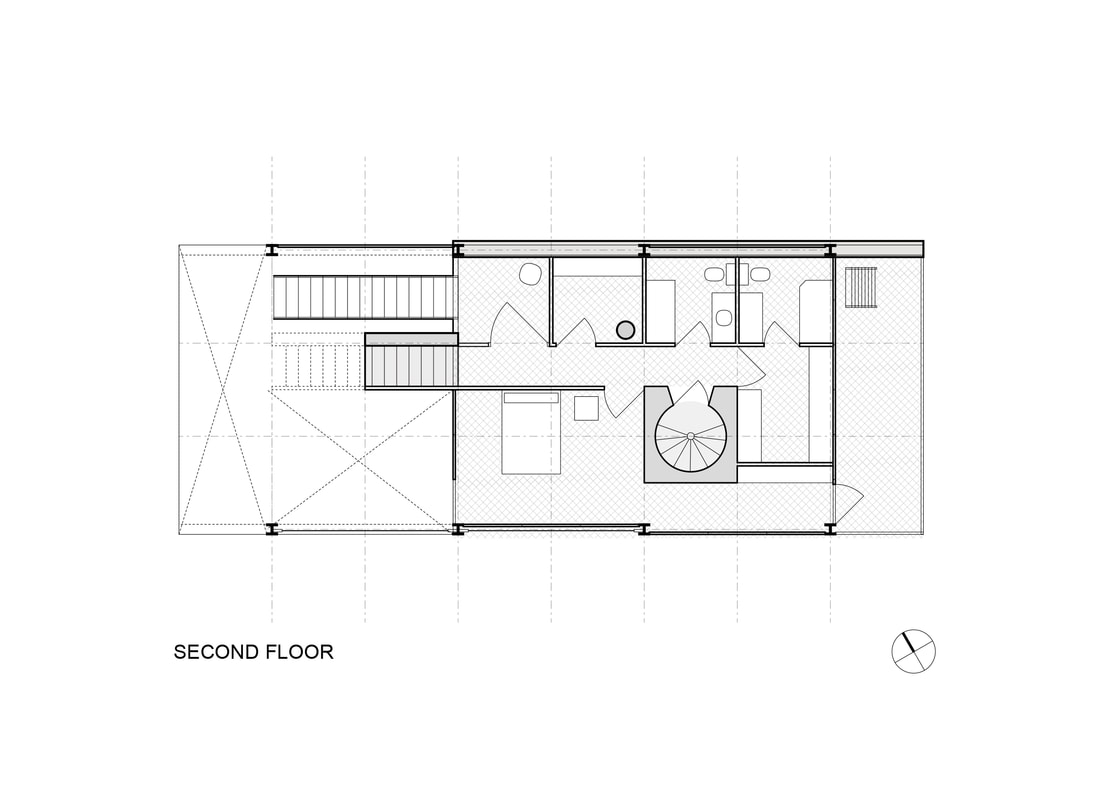 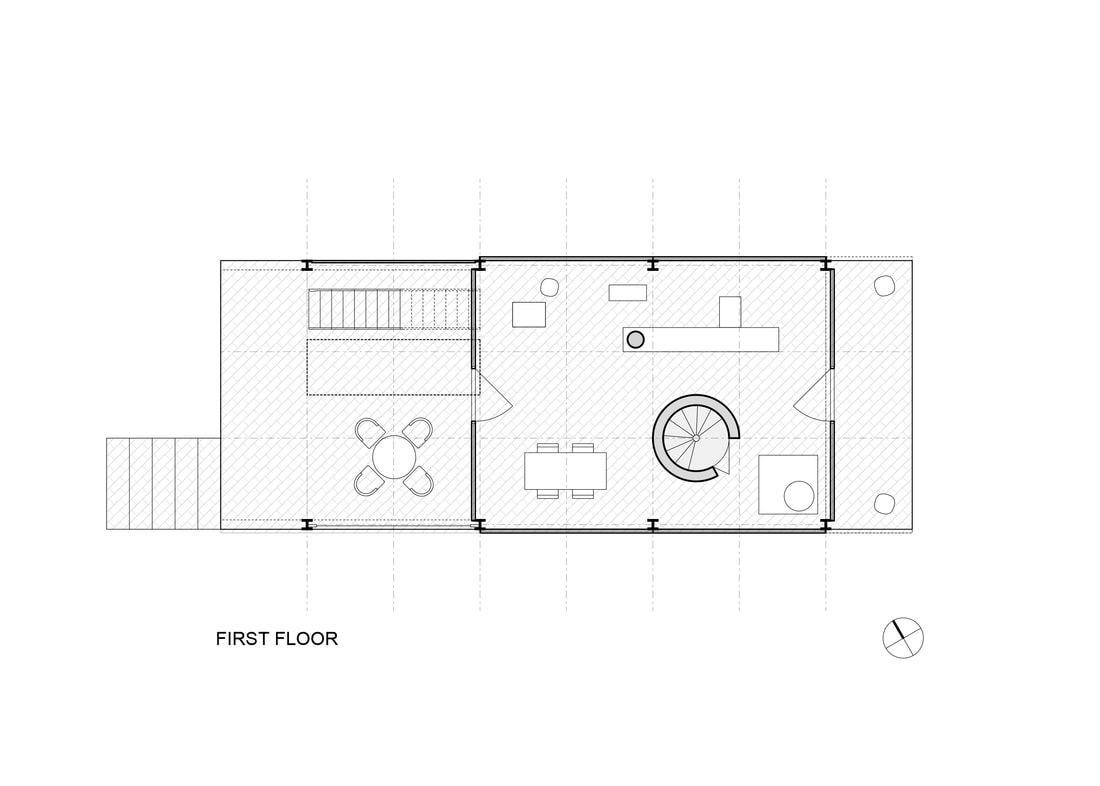 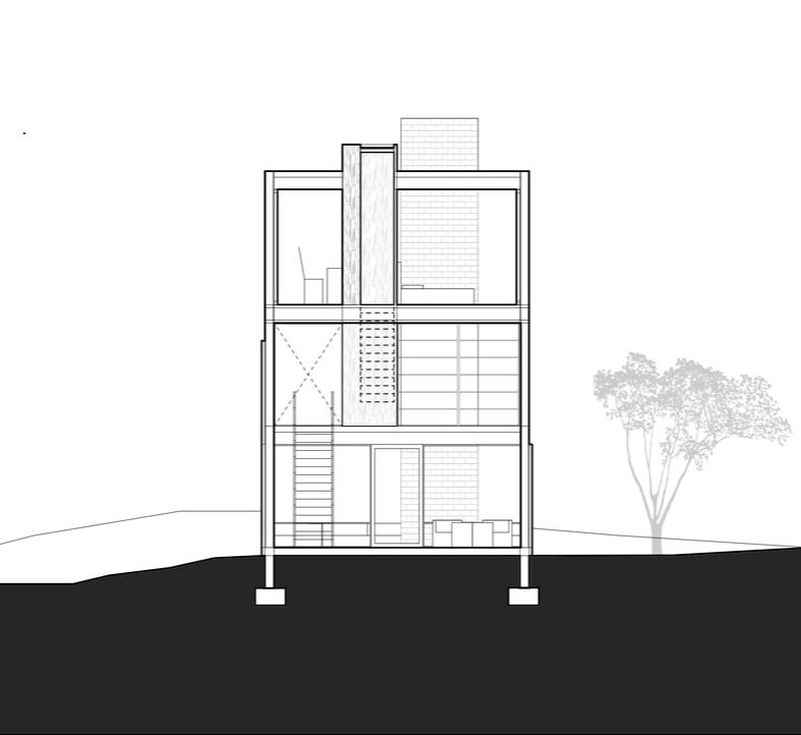 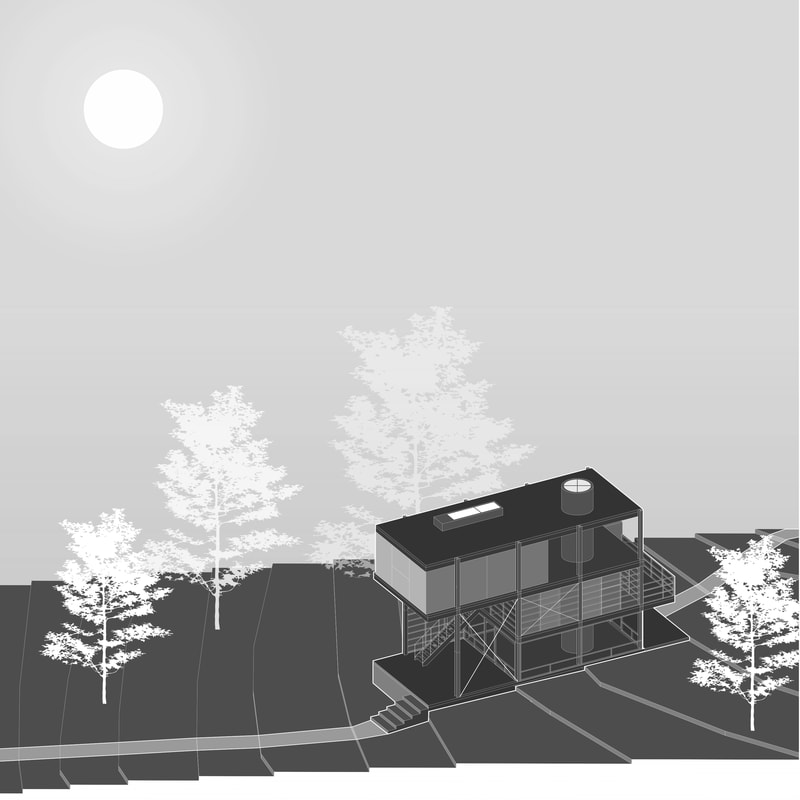